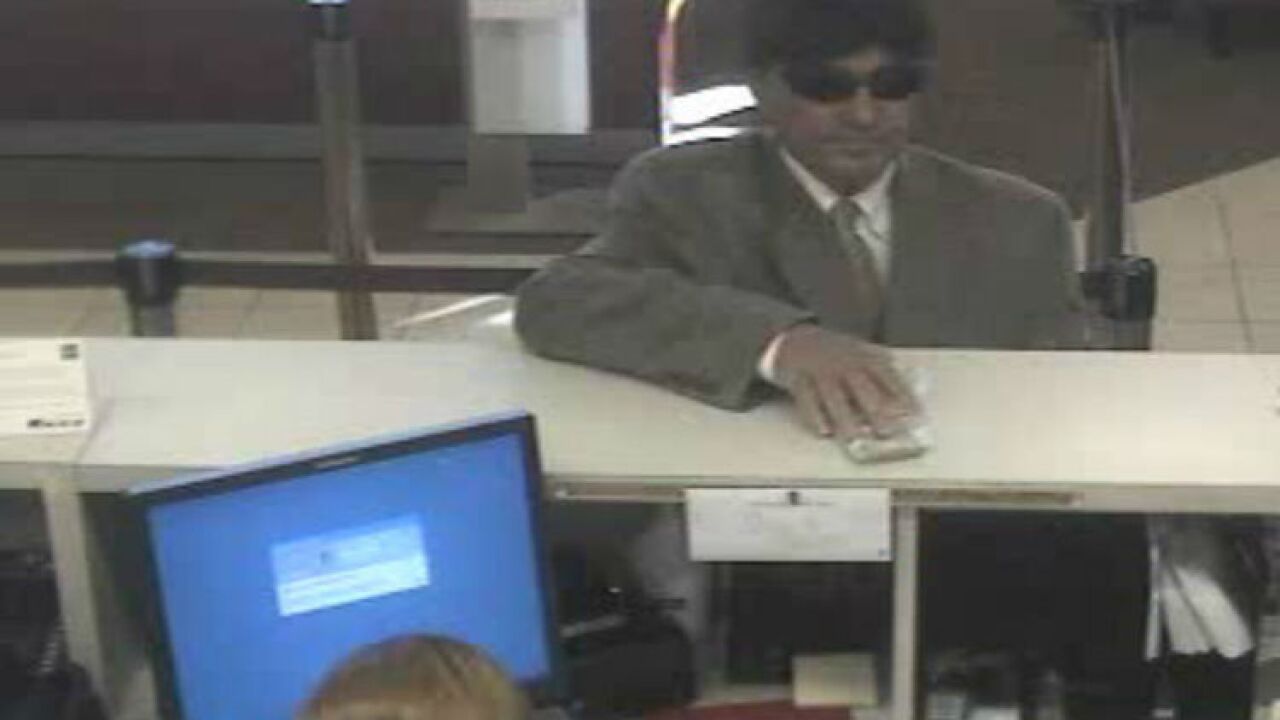 HENRICO COUNTY, Va. (WTVR) – Henrico police are asking for the public’s help to find the man who robbed a Wells Fargo Thursday morning.

Police said they were called to the Wells Fargo at 2420 Staples Mill Rd around 9:30 a.m.

Authorities said a teller was approached by a white male with an olive complexion wearing a tan suit, glasses and a possible toupee.

The man whispered that a robbery was taking place, that he had a gun and demanded the money. He did not display a weapon.

The suspect took off with tand walked toward Bethlehem Rd.

The suspect was described as white male — or possibly of Hispanic or Middle Eastern descent —  between 40 to 50 years old, around 5’8″ and between 170-180 lbs. He was also wearing a tan suit, glasses and possible toupee.