A monumental history of squabbling over statues 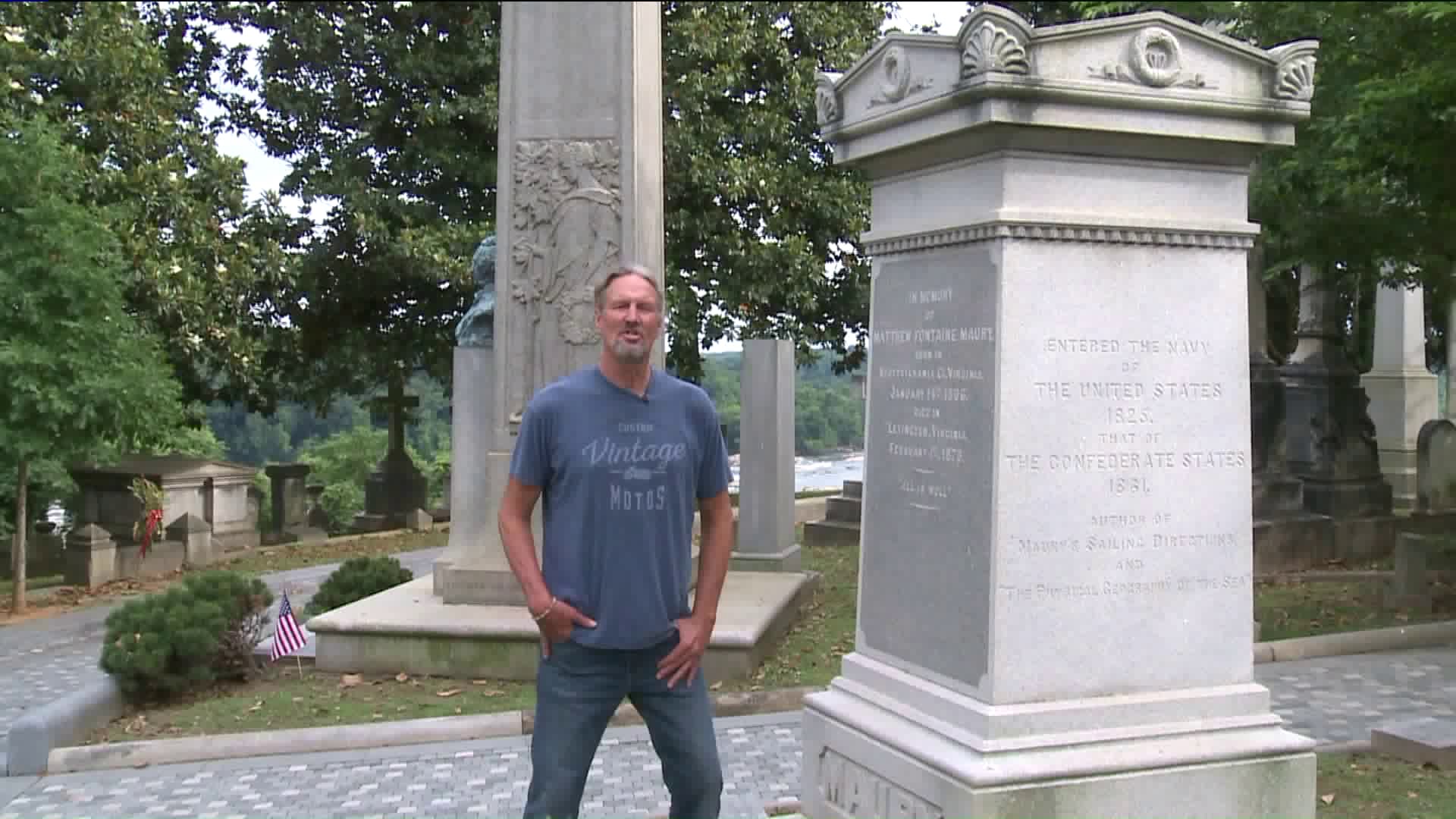 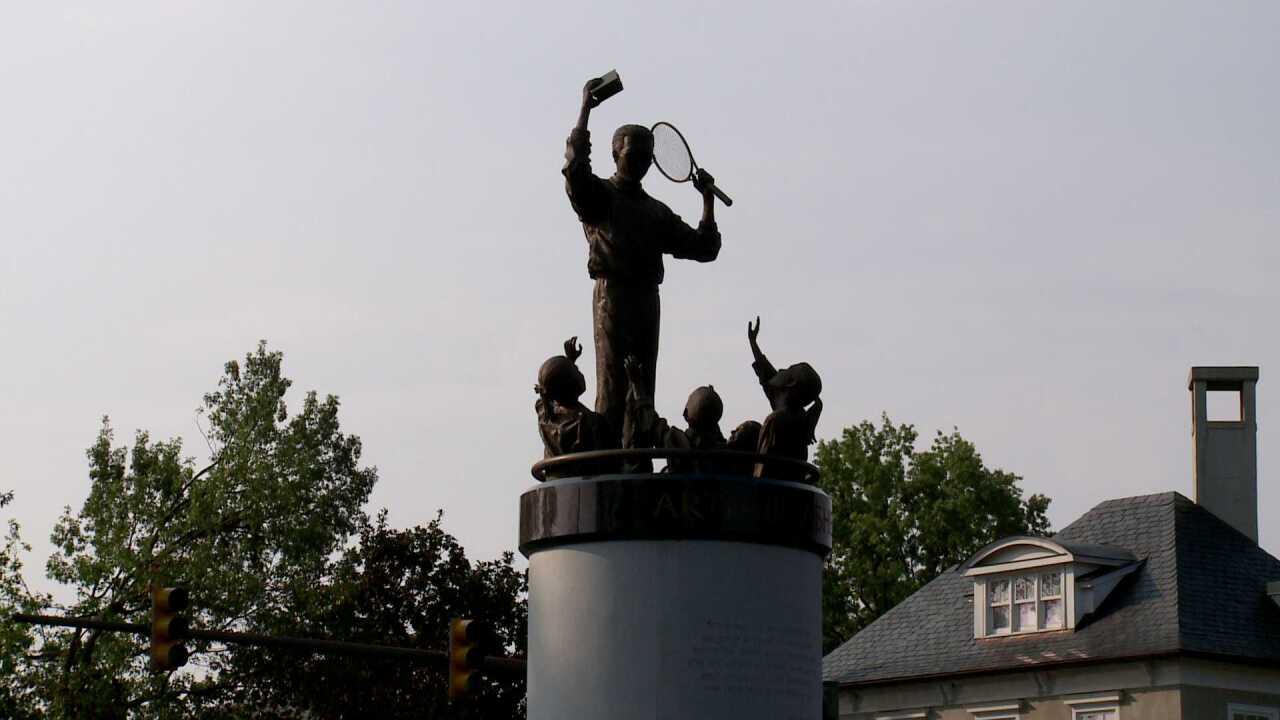 The following story from CBS 6 reporter Mark Holmberg was published in the Richmond Times-Dispatch on January 7, 1996.

RICHMOND, Va. -- If the yo-yolike progress of the Arthur Ashe monument has left you a little dizzy, welcome to the latest installment in Richmond's time-honored Statue Shuffle. "Choose a statue and start a fight," a Richmond Times-Dispatch story summarized 50 years ago.

"It's never been easy," William Rasmussen, the curator of art at the Virginia Historical Society, said last week.

A review of news stories from the late 1800s and early 1900s shows that many of Richmond's landmark statues took root only after long and sometimes bitter squabbling over design, location, cost and even the birthplace of the sculptors.

Indeed, if there is anything unusual about the progress of the monument to Richmond native and tennis star Ashe, who died three years ago, it's the whirlwind speed at which it has been progressing.

Robert E. Lee, the Confederate general whose statue sparked development of the now-famous Monument Avenue, had been dead nearly 20 years when his statue was unveiled May 29, 1890.

"There was a long contention in this city as to where the statue should be located, and there were many who strenuously opposed putting it on this ground," wrote a Richmond Dispatch reporter the day after the unveiling. "They argued that it would be absurd to locate it `away out in the fields beyond the borders of the city.' "

Further fury was unleashed by the selection of sculptor Jean Antoine Mercie, who wasn't even the winner of design competitions for the Lee statue.

Mercie was not only not a Southerner, but a Frenchman to boot, "and no little resentment was shown at the fact that the work was given to an alien," wrote Times-Dispatch scribe Herbert T. Ezekial during a 1935 remembrance.

And Mercie was something of a firebrand, insisting that Lee's horse, Traveller, was too scrawny to be heroic and Lee's brow too noble to be covered. Despite objections, the adamant artist injected some Percheron blood into Traveller and Lee was left holding his hat.

For example, Jubal Early, the Confederate officer, became enraged when he learned that the marble base for Lee's statue would be quarried in Maine.

And as the monument inched toward completion, the city's black newspaper, the Richmond Planet, ratcheted up a campaign against the enterprise it compared to treason.

Still, Lee's monument materialized like greased lightning compared with the one for Confederate Gen. J.E.B. Stuart, who died in an old house on Monroe Street on May 12, 1864. Two days later, the City Council voted that Richmond would "commemorate by a suitable monument its gratitude for his services," according to news stories in the Richmond Dispatch.

Stuart's statue was unveiled 43 years later, on May 30, 1907, on Monument Avenue at Lombardy Street. One wag wondered "if the famous Confederate cavalry leader really could dash on such an ice wagon steed," and the curator of the Virginia Museum called it "a civic monstrosity. Everything about it is wrong."

And consider how history has treated the sculptor, Fred Moynihan, reportedly a former gravestone cutter who worked in Edward V. Valentine's studio here for $30 a week. Through the years, he has been suspected of putting a beard on the bust of Gen. Outram of the British Army and palming off the result as J.E.B. Stuart.

And while some critics say it's a mystery how Moynihan was awarded the contract, a Richmond Dispatch story at the time said he beat two other sculptors in a design competition.

It also took 40 years to mount George Washington atop his empty tomb on Capitol Square, longer than its creator could endure.

Noticeably absent during the Feb. 22, 1858, unveiling of the high-flying monument was sculptor Thomas Crawford, who had died four months earlier. It was incorrectly rumored that Crawford had committed suicide when he realized he had forgotten to sculpt a tongue inside the mouth of Washington's steed. The tongue is there, and Crawford died of a brain tumor.

But Crawford's health couldn't have been helped by early reviews of his work. New England novelist Nathaniel Hawthorne ripped into the statue, reportedly after seeing Crawford slaving over it in Rome. Hawthorne found the monument "in one sense a foolish and illogical work -- Washington mounted on a very unsteady steed, on a very narrow space, aloft in the air."

The 1816 state Legislature proposed the monument, envisioning it as lure to bring Washington's body to the Capital City. It didn't work -- Washington had specified he wanted to be buried at Mount Vernon.

But the monument crawled forward anyway, and 64 designs were considered during a competition. The monument eventually cost the staggering sum of $259,913.26 in pre-Civil War dollars, according to an old Associated Press story.

John Henry Foley, the sculptor of the Stonewall Jackson statue in Capitol Square, also died before he could see his completed work unveiled Oct. 26, 1875. Foley fell victim to a long site selection process, even though the statue was a gift from a group of English gentlemen who admired Jackson.

The monument to Jefferson Davis also progressed at a maddening pace. Not only was fund-raising stalled by Reconstruction (as it was for J.E.B. Stuart's monument), the "supporters for that monument first envisioned it as a Roman triumphal arch on Broad Street near Capitol Square," Rasmussen said. Only after long debate was the Edward V. Valentine creation located at Monument and Davis avenues.

The Davis sculpture, unveiled June 3, 1907, sparked further development along that road, cementing its reputation as the avenue of monuments.

Adding to that fame was the monument to Matthew Fontaine Maury, which came into existence after "a history of discouragements and failures, as well as of perseverance and determination," the Times-Dispatch reported Nov. 10, 1929, the day before the unveiling.

Commodore Maury, the "Pathfinder of the Seas" and a key figure behind the mines placed in Southern waters during the Civil War, died in 1873. The push for a monument began in 1888, waxing and waning -- mostly waning -- for the next 24 years.

A 1912 letter to the editor published in the Times-Dispatch by Gaston Lichtenstein recharged the effort by chastising Virginians for not properly honoring the man whose study of ocean currents had profoundly affected the entire world.

Answering the call was Mrs. E.E. Moffitt, a 78-year-old who organized a Maury monument association and worked tirelessly to help raise money for the statue, which eventually was sculpted by Richmonder F. William Sievers after several other plans and sites were scrapped.

The cornerstone was laid on the site at Belmont and Monument avenues, which was donated by the city, on June 22, 1922. But money for the rest of the monument didn't come easily. By the time the statue was unveiled nine years later, Mrs. Moffitt was in the hospital, too sick to attend the ceremony.

Even simpler monuments, such as the miniature copy of the Statue of Liberty standing in Chimborazo Park, became snarled. Funded largely by 25-cent donations from Boy Scouts, the statue became a 16-foot high question mark as its site was debated for months.

"Liberty Has Difficult Time Finding Home in Richmond," proclaimed a Nov. 30, 1950, headline in The Richmond News Leader. "The State Art Commission declined, after much debate, to provide a site in Capitol Square," the article said.

Other sites such as St. John's Church, the banks of the James River ("Where She'll Feel At Home," another headline stated), Main Street and others were considered and discarded.

The decision dragged on so long that when "Miss Liberty" finally was unveiled in February 1951 -- barely in time for Boy Scout Week -- she was "slightly indisposed," as one scribe noted: Lady Liberty stood somewhat unceremoniously on an unfinished base.

The Statue Shuffle, however, is hardly unique to Richmond.

The French intended to present the original Statue of Liberty to America during the 1876 centennial, but it took almost 10 years to raise enough money for her pedestal. Besides, Boston and Philadelphia were busy trying to wrestle the statue from New York.

Pfaff initially was elated when she was awarded the commission in 1992. "But from that moment on, it was hell," she told The Times.

And yet, the sometimes painful and usually monumental sculpture-making process appears to be a necessary headache to avert bloodshed.

Richmond has managed to erect a unique collection of sculptures, some of them considered very good. A few are even rated as excellent.

But only one of them, Houdon's George Washington in the rotunda of the state Capitol, routinely has been rated world-class by critics. (That rating comes despite the fact that it was chipped decades ago by a stray bullet fired during a gunfight between two hot-headed newspapermen, according to old news articles.)

The Houdon sculpture is known far and wide as the only statue of Washington modeled from real life, although Washington is said to have hesitated at having a plaster cast made because he nearly suffocated during a previous attempt.

But even this stunning statue sparked mild criticism because the body was modeled from Gouverneur Morris in Paris, making the marble Washington taller than the flesh and blood one.

Rasmussen said the reluctance of Richmonders to ferret out the best sculptors via worldwide design competitions has kept nearly all of Richmond's monuments and sculptures out of art history books, save for Houdon's Washington.

"You pick up a textbook on statues," Rasmussen said, "and they aren't covered at all."

But they're Richmond's, and most of them were unveiled during joyous ceremonies that overshadowed the controversies that helped shape them.

Witness a simple story published in the Richmond Dispatch after the 1890 unveiling of the Lee monument.

The headline: "A Pathetic Incident."

"A touching tribute to Lee was the placing of a few flowers on the monument by Joseph Leadbetter, a little boy from Hanover county. The little fellow lives on the Chickahominy, about 18 miles from the city. He left home Wednesday night on foot, and barefoot at that, to come to the unveiling, but his feet became so bruised that he was forced to rest on the way, and only reached the city yesterday morning. So he contented himself with leaving his little tribute at the feet of Lee, and started on his long tramp home . . . "